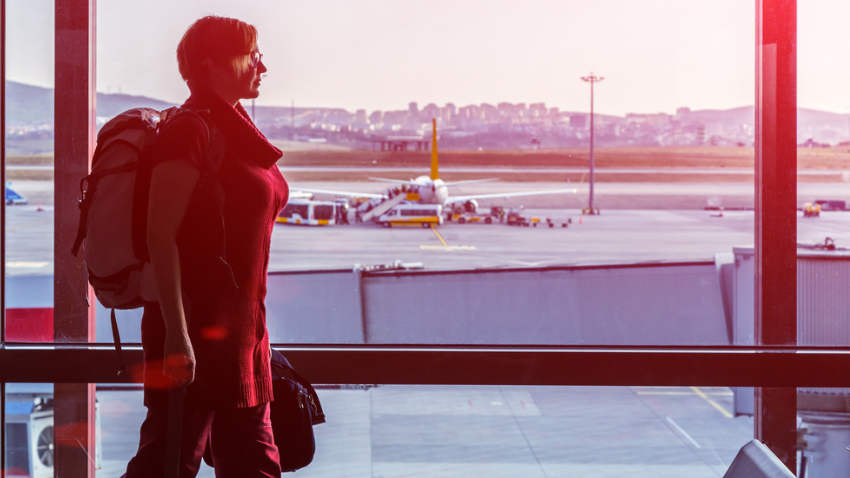 So your airline says you can bring a carry-on bag on your next flight….

But what is a carry-on bag? Does it need to be a certain style of bag like a rolling suitcase? Or can any design of bag count as your carry-on?

What Counts As A Carry On?

A carry-on bag is a bag that you carry on to the plane into the cabin rather than checking it to be stowed in the plane’s luggage hold.

Most airlines allow you to carry two bags on to the plane.

What’s The Difference Between Hand Luggage vs Carry On Luggage?

This Venn diagram will give you an idea of the different types of luggage:

Both your carry-on suitcase and your personal item bag are both types of hand luggage.

The two bags that you take with you on to the plane are called ‘hand luggage’ or ‘hand baggage’.

The bag that you check-in, your checked baggage, is called ‘hold luggage’ or ‘hold baggage’.

If you are forced to check your carry-on bag at the gate because there is no room on the plane, your carry-on automatically becomes a small checked suitcase.

It’s no longer a carry-on if you don’t carry it on the plane.

The exact size of your carry-on allowance depends on which airline you are flying with. But we can speak generally about how airlines define carry-on baggage.

A carry-on bag doesn’t need to look like anything in particular.

It could look like a suitcase with 4 wheels, 2 wheels, or even no wheels at all.

The most popular type of carry ons are small rolling wheeled suitcases like this one:

But a carry on could also be a duffel bag, a sports bag, or a backpack. You could even use a cardboard box as your carry on if you wanted!

The main thing that qualifies a bag to be your carry-on is that it is under the maximum carry-on size limits of your airline and that you carry it on to the plane and store it in the overhead bin.

The most common size limit for carry-on bags in the United States is 22 x 14 x 9 inches.

International airlines will all have different size limits and sometimes will have weight limits.

To confuse matters some airlines don’t allow you to bring a carry-on bag on their cheapest fares. More and more airlines are beginning to charge for carry-ons.

Low cost airlines such as Spirit and Frontier don’t allow you to bring a carry-on bag unless you pay extra.

And basic economy tickets from United Airlines and JetBlue also don’t include a carry on allowance.

You can carry on a smaller bag on Spirit, Frontier, and basic economy flights but it’s called the personal item.

What Counts As A Personal Item?

They give you examples like a laptop bag, diaper bag, purse, briefcase, or handbag. These are all smallish bags.

But the maximum size of a personal item bag isn’t all that much smaller than the carry-on bag.

A 22 x 14 x 9 inches carry on could be a maximum of 45 liters. But wheels and handles count, so the typical rolling carry-on suitcase only has a capacity of around 40 liters.

The most common size limit for your personal item is 18 x 14 x 8 inches. That’s 33 liters. So it’s not that much smaller. If you are someone that struggles to fit all your clothes in your suitcase then bringing a larger personal item bag like a duffel bag can get you more space.

The personal item is often must fit underneath the seat in front. But you can usually pack personal items in the overhead bin too.

But remember that your purse would need to be inside one of your bags when going past the airline gate agents. They won’t let you bring a third bag apart from maybe a shopping bag.

Is A Purse Considered A Carry On?

A purse or handbag is usually considered a personal item rather than a carry-on.

But in a way it depends on which airline you are flying with.

If you are flying on Spirit or Frontier and they don’t allow a full-size carry-on then your purse would be the only bag you would be able to carry on the the plane.

Low cost airlines only allow one bag. They call that bag the personal item. But you carry it on the plane all the same.

Is A Backpack Considered A Carry-On?

A backpack can count as a carry-on bag if it’s under the size limits. You can also use a small backpack as a personal item.

It’s important to understand the difference between the named carry on bag vs any other bag that you carry on to the airplane.

Most airlines allow you to carry two bags on to the plane. One of those bags counts as your carry-on luggage allowance and the other counts as your personal item allowance.

It doesn’t matter what type of bag you bring. It’s the size that is important!