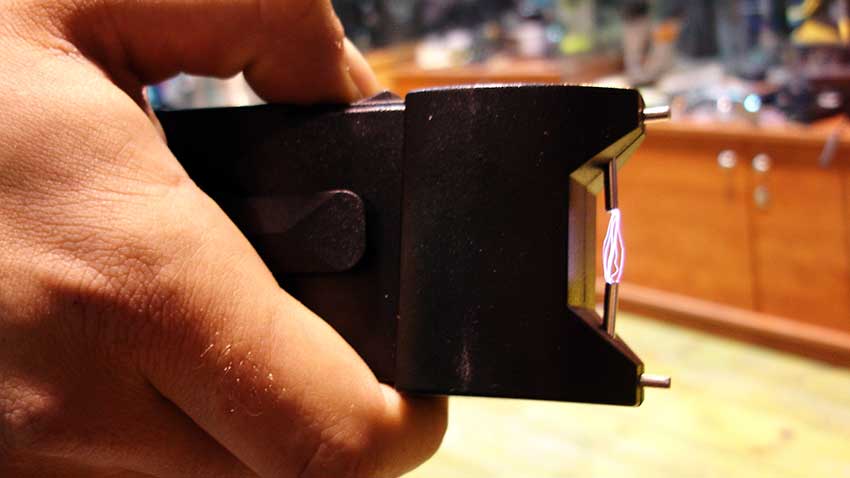 A taser is an option when you want to be able to defend yourself but don’t want to carry a firearm.

But can you take a taser on a plane? What is the right way to go about flying with a taser.

Let’s look at the regulations.

The Transportation Security Administration have this to say about bringing stun guns on to planes.

Bringing A Taser In Carry-On Luggage

You cannot bring a taser or a stun gun on a plane in carry-on bags under any circumstances.

Even though in your eyes a taser is for self defense the TSA don’t allow any weapons into the cabin. Any item that can be used for self-defense can be used for attack. For the safety of the passengers no weapons are permitted in the cabin.

If you bring a taser to airport security it will be identified during screening. The TSA will not let you through security with the taser.

There might be time to check your carry-on. Or you might be able to hand your taser to anyone that was seeing you off at the airport.

If you don’t have time to check your luggage then you’ll need to surrender any stun guns or shocking devices to the TSA and you won’t be able to get it back.

Bringing A Taser In Checked Luggage

You can bring a taser or stun gun on a plane in checked baggage if you follow the special instructions.

Tasers, Stun Guns, and Electro-Shock Weapons (Conducted Electrical Weapons) must be transported in a manner that renders the device inoperable from accidental discharge.

Many tasers contain lithium batteries and these are a potential fire risk.

Kali asked the TSA on Twitter about bringing a taser.

The TSA rightly advised Kali to check local laws when traveling with a taser. Not all states allow you to be in possession of a stun gun.

If you are flying internationally then chances are tasers are prohibited where you are going.

Also they advise that you check with the airline you are flying with about their policies regarding tasers.

This is good advice, Chris asked Delta about bringing a taser in checked luggage.

And Delta replied they they don’t allow stun guns in checked bags.

Even though the TSA will permit a properly packed stun gun in your checked bag not every airline allows it.

Shocking guns, stun guns, or tasers cannot be packed in carry-on luggage. This is so that you won’t be able to stun your fellow passengers if they annoyingly recline their seat.

You might be able to bring your taser in checked luggage but you need to check carefully the laws where you are traveling to. Also, check with the specific airline you are flying with.