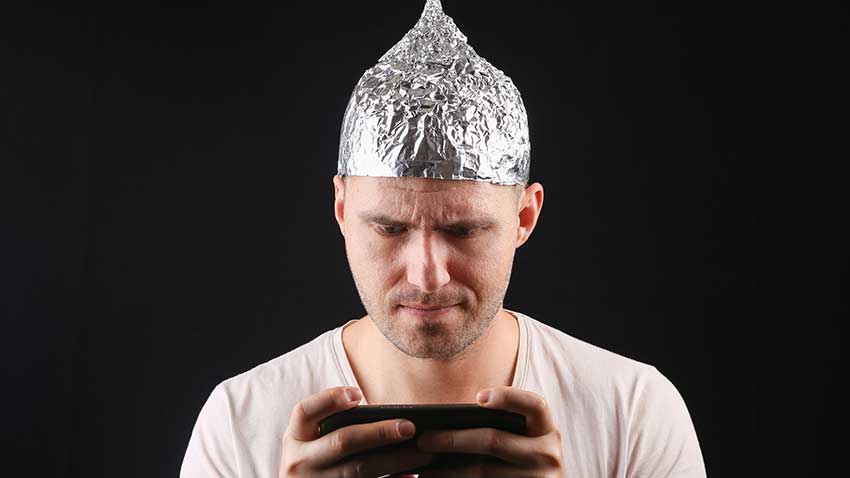 Have you heard the story about the TSA manager that made his TSA officers confiscate rolls of aluminum foil from travelers’ suitcases?

That sounds like the beginning of a joke but it isn’t.

It wasn’t because there is anything dangerous about rolls of aluminum foil.

The story goes that the TSA boss thought that the serrated edge on the cardboard box could be used as a weapon!

Now, I’ve cut myself on that serrated edge of an aluminum foil box…

But I don’t even think Jason Bourne could bring down a plane with a weapon like that!

Anyway, here are the current rules about flying with aluminum foil in carry-on and checked baggage.

The Transportation Security Administration is the team that screens your carry-on luggage at the airport security checkpoint.

They also screen checked luggage behind the scenes, it’s their job to keep travelers safe.

They don’t mention aluminum foil specifically on their website.

So I had a look around and found the answer on Twitter.

This passenger asked if you could take aluminum foil in her luggage:

The TSA replied, “No worries. Aluminum foil is good to go in carry-on and checked bags”.

So there is your answer. You can pack rolls on aluminum foil (or tin foil as it’s sometimes called) in hand luggage or hold luggage.

Can x-ray see through aluminum foil?

A lot of people believe that the x-ray machines at the security checkpoint will not be able to see through aluminum foil.

Aluminum is not a dense metal and plenty of photons pass through aluminum foil.

Think about it. Aluminum suitcases like this one are allowed to be used at airport security.

Check it out on Amazon!

If the x-ray machine can see through the outer shell of the aluminum suitcase it will have no trouble seeing through your burrito wrap.

So you can wrap your foil-wrapped pre-prepared food or fast food and bring it through the TSA security screening. Just remember that only solid food is allowed in carry-on bags.

And make sure you don’t have any aluminum foil wrappers in your pockets when going through the metal detector. They could trigger the alarm and mean you have to endure a pat-down screening inspection.

You can ask the TSA directly about any item you are unsure about.

The aluminum tin is certainly allowed. The cheesecake would need to be sufficiently solid so that the TSA officer at the checkpoint didn’t disqualify it for being spreadable.

The TSA can be odd sometimes.

But they don’t restrict cheesecake.

So if for some reason you want to bring a large quantity of cream cheese in hand luggage. Pack it in an aluminum foil container with a pastry base and call it cheesecake.

Kim has a similar query. She wanted to pack a rhubarb pie in an aluminum bake pan.

The TSA gave both the pie and the aluminum bake pan the green light.

This passenger wanted to bring an aluminum plate:

Even though the plate is thicker than foil the TSA said that generally items like that would be allowed in carry-on luggage.

They did say though that the final decision would be taken by the TSA officer on the ground. If the plate was too heavy then it would be prohibited on the basis that it could be used as a weapon.

That minions plate would be fine though I’m sure!

And the TSA said that aluminum straws are allowed in carry-on bags.

So aluminum as a material isn’t a problem.

It would only be a problem if the aluminum item was sharp and dangerous.

Aluminum Foil That Would Be Prohibited From The Airplane Cabin

Not that I think you would…

But what’s you can’t do is beat and mold your aluminum foil into the shape of a gun or a knife.

This knife was made entirely from aluminum foil and it wouldn’t be permitted through the airport checkpoint.

Obviously, you’d no longer call it foil. And it’s probably not a very good knife, but you couldn’t bring it on a plane regardless.

You can bring aluminum foil on a plane in both carry-on bags and checked bags.

Don’t worry. The TSA x-ray machines can see through aluminum foil, so you can use foil to wrap up food or other things and bring them on a plane.

Just remember, if you can pump, squeeze, spread, smear, spray or spill it then it’s considered to be a liquid, and wrapping it in foil won’t change that.