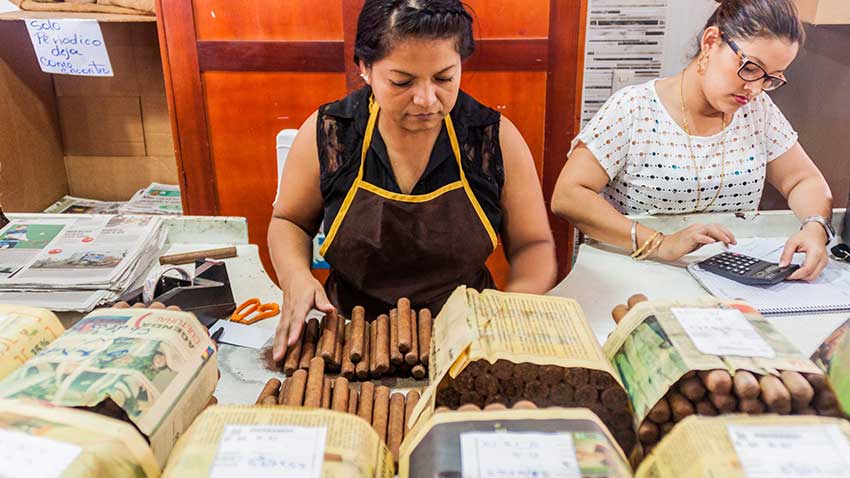 For some people cigars and vacations go hand in hand. But can you bring cigars with you when you are going through airport security? Where should you pack cigars when you are traveling?

Here’s all you need to know about flying with cigars!

The Transportation Security Administration are those security officers who police what is allowed on planes.

Here is what they say about packing cigars in your luggage:

You can bring cigars in your carry on bags without restriction.

So if you are flying on a domestic flight within the United States then you can pack as many cigars as you like.

It’s more complicated if you are flying internationally.

There are usually regulations about importing cigars into other countries.

Usually you are permitted to bring a small quantity of cigars for personal use.

Here are a few example countries and the Duty Free Cigar Import Allowance:

You need to check the rules of your destination country to find out how many cigars you are able to pack in your luggage.

You should declare how many cigars you are carrying when you land. If you exceed the customs allowance you may need to to pay duty tax.

Here are some more tips about flying with cigars and associated smoking accessories.

Torch lighters are banned from carry-on and checked luggage.

You can bring one lighter with a soft flame in your carry on luggage. You can’t pack lighters in checked luggage.

Bobby wanted to bring a travel humidor as a carry-on.

The TSA didn’t have any problem but advised to make sure it was under the carry-on size limit set by the airline.

Kara asked about bringing a box of cigars and the TSA basically said it’s up to you. You can bring them carry-on or checked.

This passenger wanted to bring a cigar, cigar cutter, and box of matches in carry-on luggage.

While cigars are fine in hand luggage you can only bring one book of safety matches. Cigar cutters are not on the banned list but the TSA recommend that cigar cutters are packed in checked luggage. This is because of the sharp blade that a cigar cutter has.

If you pack a cigar cutter in your carry on there is a good chance that it will be confiscated by the TSA agent.

This guy made a video about how to cut a cigar when you don’t have a cigar cutter. You can even remove the cap with your thumb, so don’t go bringing a checked bag just because you can’t pack a cigar cutter in your carry on!

Make sure you are asking the correct authority!

Julia is asking the TSA about bringing cuban cigars back to the US.

For a start when she is boarding her flight in Cuba it won’t be the TSA searching her luggage.

Secondly, it’s not up to the TSA what you can import. That’s the job of the Customs and Border Protection!

You can bring cigars in carry-on or checked luggage. I’d recommend you pack them in your carry-on especially if they are expensive cigars. Checked luggage can be lost and occasionally thieves steal items from checked bags.

If you are flying domestically the main thing to worry about is that you don’t squash your cigars. Make sure they are protected in a rigid box or suitable container.

If you are flying internationally check how many cigars you are permitted to bring into the country.

Don’t bring a cigar cutter in your hand luggage. The TSA usually treat it as a potential weapon.

You can bring a regular soft flame lighter in your carry-on.