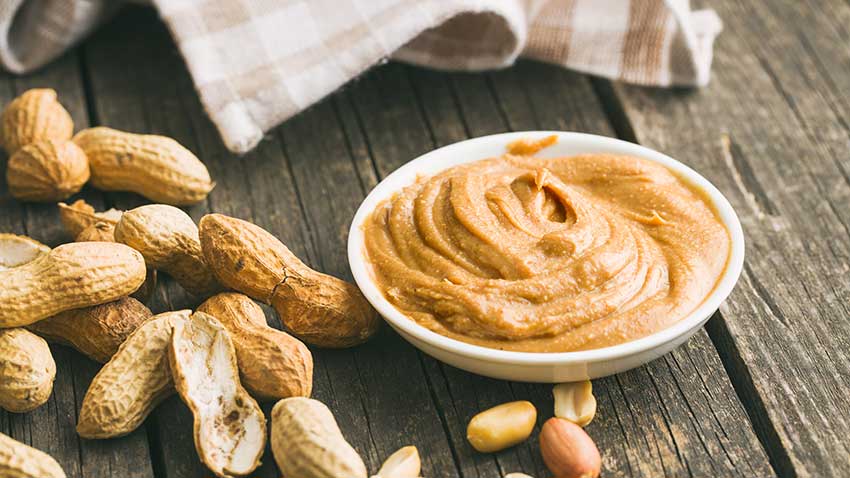 I’ve always wanted to write a “one weird trick” headline. Don’t worry this isn’t clickbait. I really do have a weird trick that will help you bring as much peanut butter on an airplane as you want.

First let’s look at the rules about flying with peanut butter.

The Transportation Security Administration run the security checkpoint at the airport. Here’s what they say about bringing peanut butter on a plane.

Peanut butter is considered to be a liquid by the TSA.

The TSA often says, “If you can squeeze it, smear it, pump it, spread it, spray it, or spill it then it’s considered a liquid”.

That means that you can only bring peanut butter in containers that are 3.4 ounces (100 ml) or less in carry-on luggage. You also must pack peanut butter in your quart-size liquids bag and remove the quart bag at the x-ray machine for screening.

Or you could buy some travel size bottles and jars like these ones and transfer some of your favorite peanut butter from the large jar at home to a small container.

The problem is you can probably only bring 7 or 8 liquids bottles in the 1 quart bag that you are permitted.

3.4 oz of peanut butter isn’t a lot. And while you could fill your entire quart size bag with little bottles of peanut butter then you wouldn’t have any shampoo or shower gel for your trip.

Solid peanuts are not restricted in hand luggage but you cannot bring a blender because of the blade.

Here is the weird trick about the TSA and peanut butter.

Peanut butter inside a chocolate cup is considered to be part of a solid.

I double checked with the TSA on Twitter. Here was the exchange we had.

So peanut butter cups are allowed in carry-on bags with no quantity limitations or packing requirements.

These large 8 oz peanut butter cups have a lot of peanut butter in them. You don’t need to pack them in your quart-size toiletries bag. What you do with the chocolate “jar” is up to you.

And there is more. If you pack your peanut butter between two slices of bread, perhaps with a little jelly too, you can bring that sandwich on the plane.

Peanut butter is a liquid but a PB&J sandwich is a solid.

The rules about what you can and can’t bring on a plane can be a little odd sometimes.

Peanut butter is treated as a liquid by the TSA so you can only bring travel size jars on your flight.

With a little creative thinking you can load up your carry-on bag with more peanut butter than you could possibly imagine.