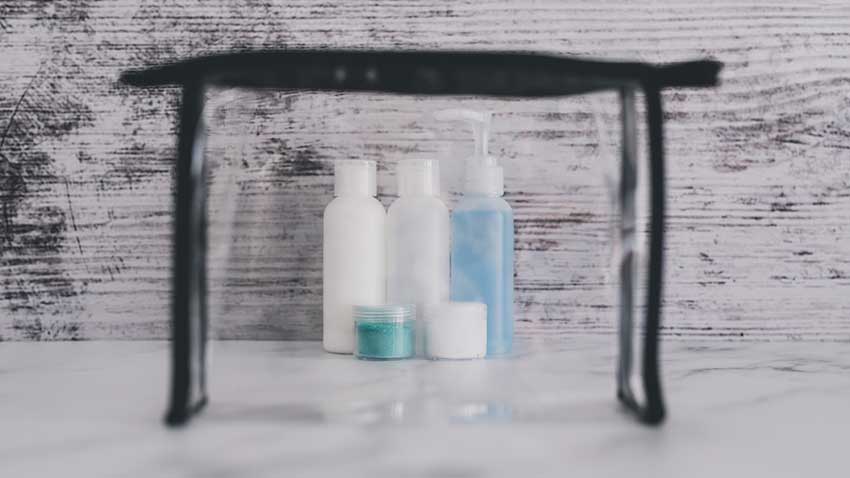 Often when we are traveling we want to pack lotion or cream.

How much lotion you can bring on a plane depends on where and how you pack it.

The rules also change if you can convince the TSA officer that your lotion is for a medical condition.

There are also occasionally some lotion alternatives that you can take that might make packing easier.

Okay, let’s take a look at the regulations in the United States.

The Transportation Security Administration are those guys and gals that work at the airport security checkpoint.

They scan your luggage before you can bring it on a plane.

Here’s what they have to say about bringing lotions with you when you travel:

The TSA always says “If you can squeeze it, smear it, pump it, spread it, spray it, or spill it then it’s considered a liquid”.

Lotion is considered a liquid by the TSA and hence falls under their 3-1-1 liquids rule. So the maximum size of lotion that you can bring on a plane in carry-on luggage is 3.4 oz.

But also remember, if you buy lotion in the store after the security checkpoint you can take that on the plane without size restrictions.

You can pack lotion in checked luggage, it’s allowed. There are no restrictions on how much you can bring.

I checked on Twitter to try to get you more information.

Amanda was told she could take her ointment with her in her carry-on.

“Medical lotions” or creams should be declared to the TSA officer at the security checkpoint and placed in a separate bin for screening.

Note you can’t just call anything a medical ointment and get around the rules.

Yet, if a lotion is for a medical condition then the 3.4 oz limit does not apply. And you don’t necessarily need to show a prescription too.

Unfortunately, it seems sunscreen is not considered medicine:

If you have a medical condition like eczema or psoriasis you can bring a medical lotion for that in containers larger than 3.4 oz.

Susan asked the TSA about bringing coconut oil for eczema and was told it would be allowed.

And yet when Nicki asked about bringing coconut oil without mentioning eczema she was told it would need to be in travel-size containers.

But remember, if they refuse it will end up in the trash. YMMV.

Alternatives To Flying With Lotion

One trick is to check if there is a solid stick version of the product you want to pack for your travels.

For example, maybe a solid moisturizing bar could replace a moisturizing lotion. It would take up less space and not be subject to the TSA liquid rules.

Also, wet wipes don’t count as liquids. So if there is a wet wipe product that might work for you like a hydrating wet wipe instead of face lotion then that might be a workaround for you.

You can only usually pack about 7 or 8 travel-size bottles in your one quart-size bag so sometimes you need to get creative if you want to avoid paying for checked luggage.

Here were a few other tweets I noticed on Twitter relating to flying with lotion.

Hope was hoping that since her body cream was so thick it wouldn’t count as a lotion.

Unfortunately, the TSA told her it would need to be in a container smaller than 100ml. Hope could transfer some of her body lotion to a small travel-sized container.

Here’s a good product if you like that idea:

Shane was skeptical about why the TSA confiscated his sunscreen lotion.

Charlene wanted to bring her L’Occitane hand lotion for dry skin. It’s a 5 oz tube so it’s too large to be packed in her carry-on bag.

It might be creamy to you but the TSA counts lotion as a liquid.

So, you can bring lotion on a plane in your carry on but it must be in bottles or containers smaller than 3.4 ounces. Make sure you pack these containers in your one quart-sized bag.

Unless of course it’s a medical lotion and you are confident the TSA security officers will believe you. Then you might be able to bring more than 3.4 oz.

It’s often a good idea to transfer lotions and creams into smaller containers. There is no point in bringing 3.4 oz hand cream if you only expect to use 1 oz during your vacation.

If need be you can also bring lotion in your checked baggage. There are no restrictions to the amount you can bring in checked bags.