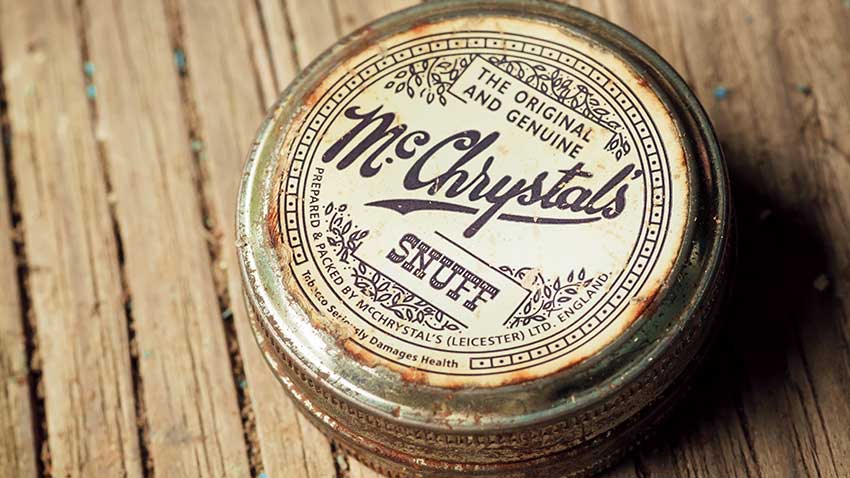 There are two frequently asked questions that we’ll answer in this post.

One, can you bring tobacco on a plane?

And two, can you use smokeless tobacco like chewing tobacco or dip on a plane?

The Transportation Security Administration are the guys that screen luggage at the security checkpoint and behind the scenes. They enforce the rules about what can and can’t be brought on to airplanes.

Here’s a screen grab from their website about tobacco.

You can bring tobacco on a plane in either carry on luggage or checked luggage without restriction. It’s entirely up to you where you pack it. There are no quantity limits when flying in the United States.

If you are flying internationally you can only bring tobacco products in quantities under the limits set by the destination country. Passengers flying into the US must adhere to the tobacco importation limits set by the U.S. Customs and Border Protection agency.

To clarify I checked Twitter to see what the TSA said specifically about smokeless tobacco. A passenger had already asked the question:

Tobacco products are allowed in carry-on bags. Please reach out to your airline for their policy on using smokeless tobacco during your flight

So the TSA don’t see tobacco as a security issue.

Can You Dip On A Plane?

Smoking is prohibited because it the risk of fire and the fact that second hand smoke causes cancer.

But chewing tobacco or dip is smokeless. There is not fire risk and the health risk is only to yourself.

So it’s the individual airlines that determine whether you can chew or dip on a plane.

Kat was on an Alaska Airlines flight sitting next to a passenger who was chewing tobacco. She asked their social media team if that was permitted and they told her chewing tobacco wasn’t allowed and advised that she contacted the flight attendent.

Zack ran into trouble with Allegiant because of tobacco.

Allegiant say “All Allegiant flights are non-smoking. Smoking and the use of all tobacco products is strictly prohibited. This includes chewing tobacco, electronic e-cigarettes or an equivalent type product.”

Caroline asked American Airlines if chewing tobacco was allowed on their planes.

Their social media team replies that is wasn’t and that she should let a crew member know.

There are lots of passengers on Twitter complaining that they ended up sitting next to someone who was dipping and spitting on a Delta flight.

Delta social media rarely respond but as per the contract of carriage the us of smokeless tobacco products like chew or dip is now prohibited on all Delta flights.

JetBlue don’t mention chewing tobacco as being prohibited on their website.

It seems like chewing tobacco or dip might be permitted on JetBlue flights. Check with your flight attendant!

But Southwest passengers are allowed to use chewing tobacco or dip on planes.

Manas didn’t like to see the person sitting next to him constantly spitting into a plastic bottle.

United Airlines confirmed that smokeless tobacco is not permitted on their flights.

You can take all types of tobacco on a plane, and you can pack it in carry-on bags or checked baggage.

It’s up to each airline whether they permit passengers to actually use chewing tobacco or dip during a flight.

Many airlines have decided that they won’t want this happening on their flights and have prohibited it.

There are still a few airlines like Southwest that allow you to dip on a plane.

If you want to use tobacco on your next flight then check with the airline you are flying with.

But keep in mind that many people don’t want to sit next to someone spitting in a bottle. If you can manage to hold off until after landing your fellow passengers might appreciate it.