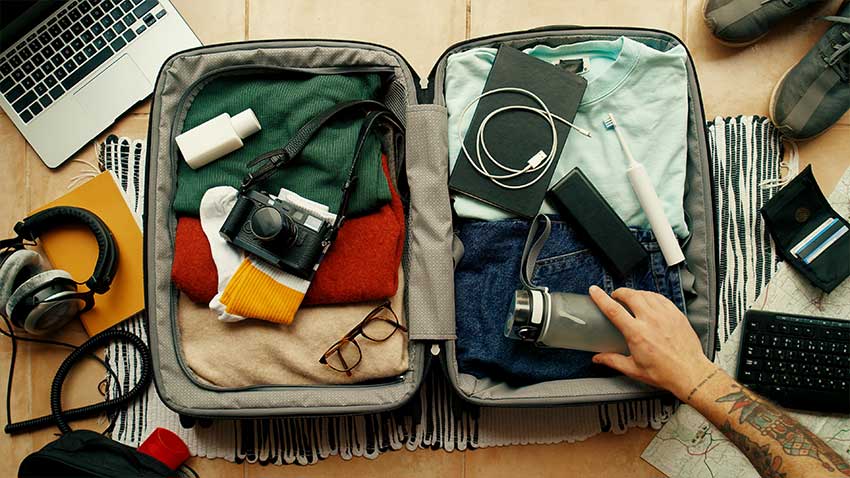 So your flying with an electric toothbrush and wondering where to pack it.

Will your electric toothbrush be allowed in carry-on luggage? Or is it better packed in checked bags?

The Transportation Security Administration agents at airport security decide what is and isn’t allowed on planes.

Here’s what they had to say about taking an electric toothbrush on a plane.

You can bring an electric toothbrush on a plane in your carry-on bag. It’s not something the TSA worries about. The TSA is more worried about your toothpaste than your toothbrush which should be limited to 3.4 ounces!

In fact, the best place to pack electric toothbrushes is in carry-on bags for three reasons.

Firstly, there is a chance your checked bag will get lost or delayed. It’s rare but it still does happen.

Secondly, occasionally valuables are stolen from checked bags. If you pack your expensive electric toothbrush in hold luggage there is a chance that you might not see it again. Valuables are always better off packed in carry-on bags where you can keep an eye on them.

When Roland flew on a Delta flight his electric toothbrush went missing from this checked luggage.

Finally, there is a slight risk that a lithium-ion battery in an electric toothbrush could malfunction and catch fire. It’s not a huge risk so you are permitted to pack electric toothbrushes with installed batteries in checked bags.

Generally, the FAA (Federal Aviation Authority) prefers lithium batteries to be packed in hand luggage. For example, while laptops are not banned from checked luggage the FAA suggests packing them in carry-on luggage for safety reasons.

How To Check With The TSA About Your Toothbrush

If you’re still not sure then you can check with the TSA using the @AskTSA service on Twitter.

Rodney was concerned about bringing his electric toothbrush in carry-on luggage because of the sharp part when the head was removed.

But the TSA confirmed that electric toothbrushes are safe to pack in hand luggage.

We mentioned already that toothpaste is a liquid and should be in containers less that 3.4 oz. But what about other teeth cleaning items.

Cassidy asked about bringing a titanium toothpick on a plane.

Even though that toothpick looks sharp the TSA answered that it would be permitted. I think it would be more accurate to say that it will depend on the TSA officer that checks your bag at the security checkpoint.

And the TSA confirmed that they are okay to be packed in carry on bags.

Tricia told Delta that her top tip was to pack her toothbrush and a change of underwear in hand luggage.

When American Airlines lost this passengers luggage they ended up without even a toothbrush.

If possible pack your electric toothbrush in hand luggage that will prevent it getting lost or stolen from hold luggage. It’s also safer if your toothbrush has a lithium-ion battery.